Leveraging Social Identity by Adding it to Formal Identity 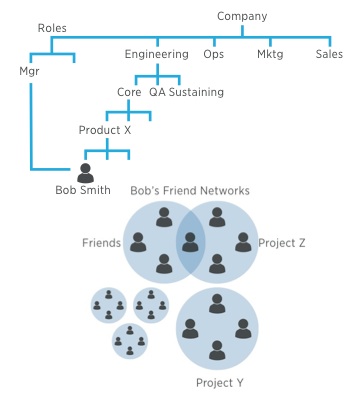 Enterprises often implement an enterprise-wide systems architecture that simplifies access management. Applications are defined to access user identity from a central repository, while Identity Management software is used to update this information. This type of architecture simplifies the management of a large and changing number of users that are accessing an equally large and changing number of applications. It also allows auditing and compliance as all accounts are centrally managed and all access can be centrally audited.

The right diagram shows how Bob Smith is identified by both his formal and social identities. He has a formal identity that states his membership in the Engineering Organization, Core Engineering Team, Project X Group; plus, he has the additional role of Manager. This formal identity is defined by policy, implemented by people administrators, and is often regulated by SOX compliance. 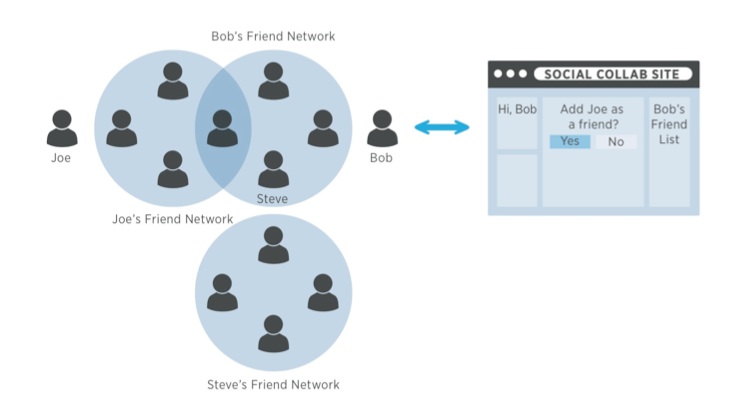 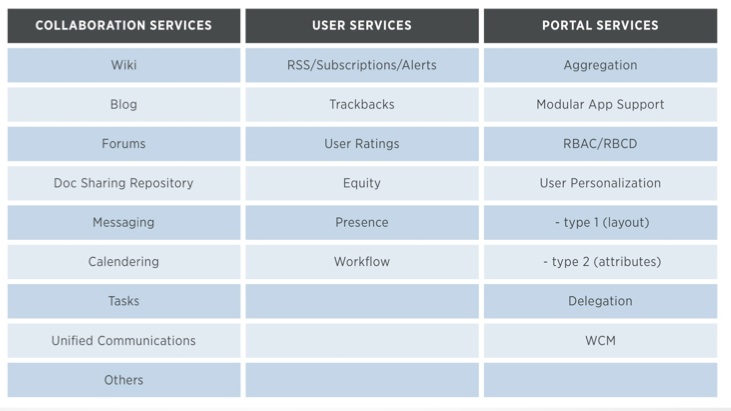 Liferay as an OpenSocial Container 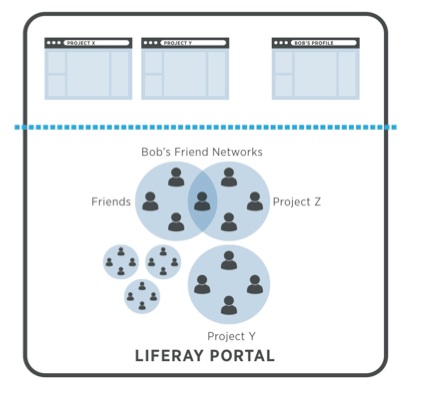 Social applications can each implement their own social repository or leverage a centralized repository for social identity. Liferay 6.0 implements OpenSocial, which defines both a method to run gadgets and widgets as well as a common method to store and access social identity. This allows enterprises to use Liferay as an authoritative source for social identity information. A single Liferay installation in an enterprise allows users to create a profile page, develop a friend network, create and manage new communities or join other communities. This repository of social data can then be used by other applications installed into the same Liferay portal. 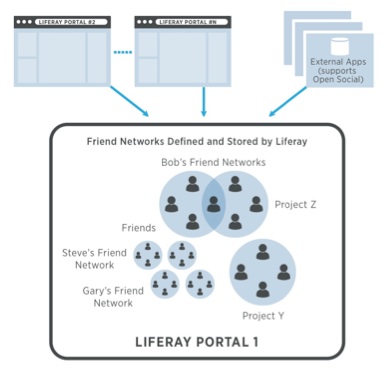 Additionally, because Liferay leverages the OpenSocial standard, and because Liferay externalizes the definition of the friend network, a single Liferay implementation can be leveraged as the master repository for social networking data as shown in the left image. Applications that also support OpenSocial can point at this Liferay implementation and leverage its master social identity repository. Enterprises that implement this method will be able to develop a single IdM repository for social data, enabling a single source for collaborative definitions (and auditing).